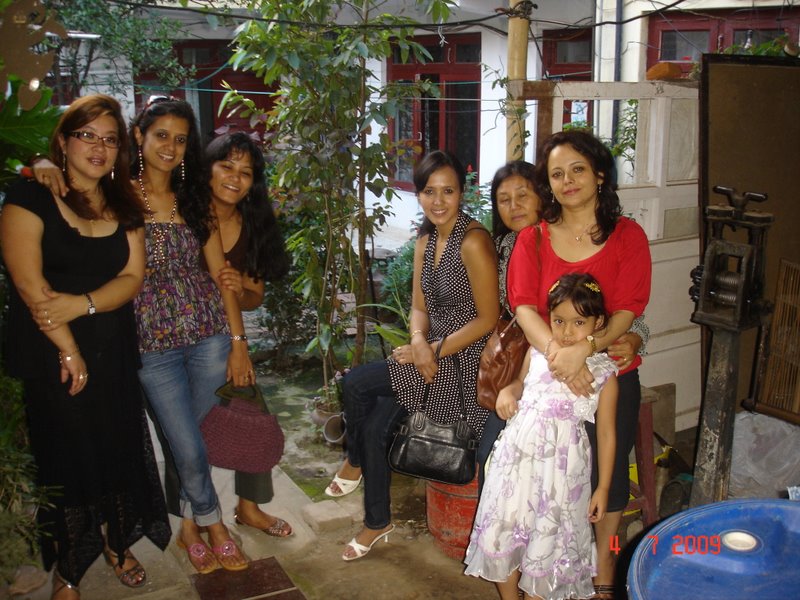 Because for many of us , food is a way of life .

The Girl Friends Cooking Club was the outcome of an idea sparked by the common interest of our love for food .Initially, the group was started with only couple of members and the idea was to share the recipes that we had tried and tested in our kitchen and it was yet another reason to get together and have a good time. Thus, the essence of this cooking club is not just food but the friends that we have made in our gourmet journey.

As the name suggests “The Girl Friends Cooking Club” was started with a group of girl friends who enjoyed not just eating good food but also cooking ,except for a few 🙂 who did only the “enjoying the food” part but still were a good sport !!! . Just sharing a few pictures , so that you can see for your self how much , our food get togethers have helped us to bond over the years 🙂 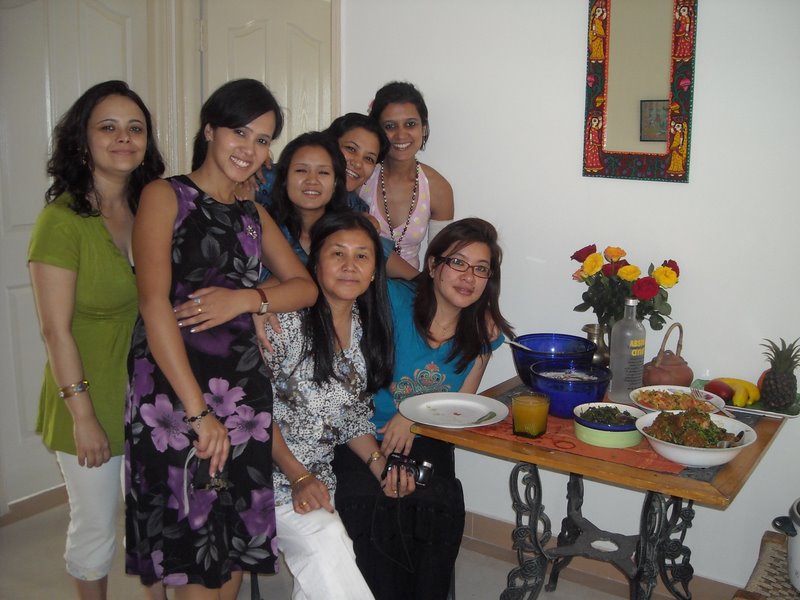 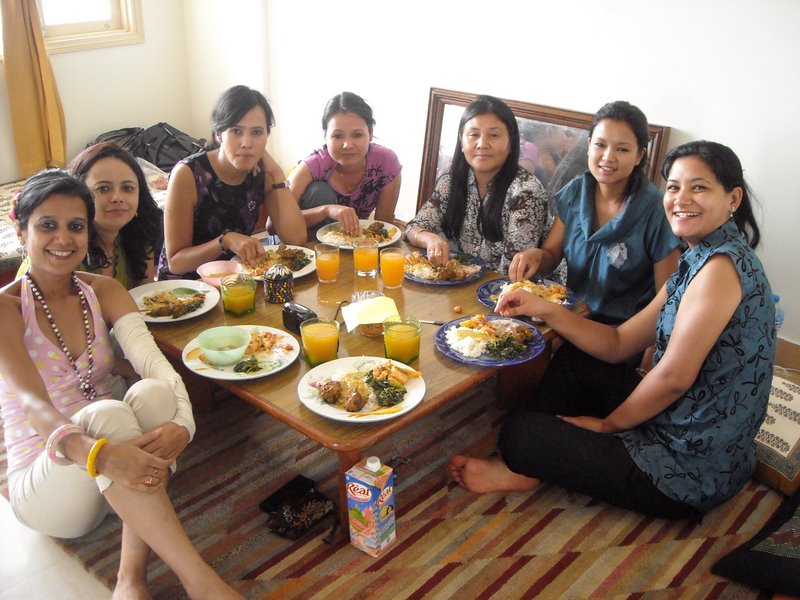 The Girl Friends Cooking Club was first setup as an online group on Facebook on 15 July 2011. If you have a Facebook account, you can search for our group. It is an open group and one can easily see who are the members, what do they post and if you are interested you can also ask to join the group and Yes !!! Sex of a person is not a bar. Although initially this was a 100% female club, it has now expanded its membership to include men as well.

The reason for the change ???? Well ! Some of our men friends wanted to join and then we thought what the heck ! the more the merrier. In 11 months we now have 122 members who have joined this group in Facebook and counting ….. 🙂
Last but not the least

Girl Friends Cooking Club comprises of members who are not professional chefs or food writers. The recipes are ones which the members have tried and tested in their home kitchen. They are simple, easy to make and taste amazingly good. Also, it is not just about cooking but having fun, helping each other and making new friends who have a passion for not just cooking but also eating good food. This blog was a result of an ideas sparked by one of the members , who suggested that we should have a mechanism for easily searching for our recipes and there were some more suggestions 🙂

Quote ” I suggest that we expand the focus of this club to more than just re…cipes. We do a lot of cool stuffs with food. I think cooking is only a part of it. Think about finding food, groceries, restaurants/food that you like, food outing photos, post bizarre/interesting food photos etc. We can also post articles about food, stuffs like what’s good for elderly, pregnant, vegetarian, Jain, children etc.” Unquote

So, this is our first attempt to have a blog for our FB Girl Friends Cooking Club and we are open to suggestions from everyone ( including non members !)on how we can improve and make it better. All the recipes will be posted on to this blog, as and when they are posted on to our group. Yes , we believe that cooking can be fun …. One of our members, just knew how to boil eggs before he joined the group, now he is turning into a gourmet Chef ! …… So Happy Cooking to all of You !!

Send us an eMail